The Importance of CHROs in Today's Corporate Landscape 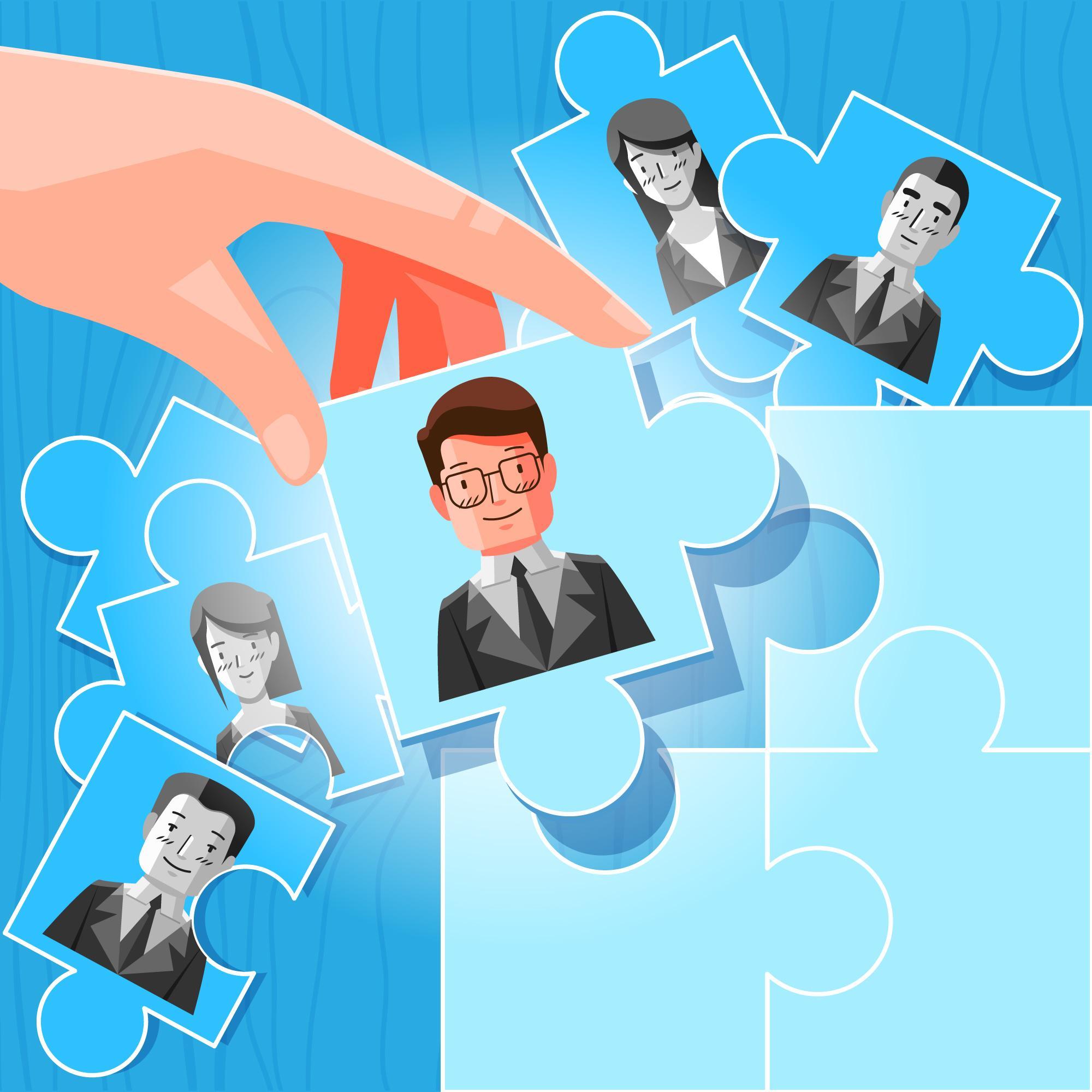 In the dynamic and fast-changing corporate environment, there has been a lot of buzz within the leadership community regarding Chief Human Resource Officers (CHROs). With digital transformation knocking on their doors daily, they are quickly allocating their budgets behind HR initiatives.

At a glance, a Chief Human Resource Officer is an executive who ensures that employees' effectiveness matters more than other things. They are in charge of employee benefits administration, payroll management, and compliance with company policies and labor laws.

Today, the role has evolved and has become one of the most essential executive positions in many companies.

What is triggering this? It's simple: growth priorities are changing.

The pace and nature of change over the last years—talent shortages, unconventional hiring trends, issues in retaining talent, and the need to balance demand and supply of talent because of globalization—have transformed the function and purpose, and it continues to broaden and gain prominence and impact. In short, what was once seen as a dying role that would be replaced by technology and automation has now become a critical bridge for growth.

According to a recent PwC Pulse Survey, 77% of executives believe that the ability to acquire and retain talent is one of the most critical components in achieving growth. Moreover, 62% have said they have been improving employee remuneration through bonuses and cost-of-living adjustments. Still, according to McKinsey and the Conference Board, CHROs are just the eighth or ninth most crucial role in a firm.

Why Do Many Organizations Fail to Recognize the Value of a Chief Human Resource Officer?

Despite stakeholders consistently ranking human capital as a top priority, one in ten HR executives believe that their roles are undervalued, and almost half believe that their function is considered less critical to the board than their counterparts in finance.

Let’s take a step back and define how executives view a CHRO's role in the organization. Back in 2015, a Harvard Business Review research showed that CEOs undervalued the entire HR function and, as a result, the CHRO. But the recent disruptions that shook up the world and the ripples they created have meant that the importance of CHROs is now underlined in red.

A CHRO is often seen as an operational function. Their job responsibilities may vary per organization and industry, but generally, they focus on their team demands at the workplace. For example, they may do some or all of the following:

But in practice, HR professionals play a strategic role in keeping the organization alive. For instance, HR executives can evaluate competition in hiring practices, remuneration, and benefits before making an offer. Similarly, they provide resources for developing supervisory career paths, succession planning, and other talent management procedures. Also, they are in charge of identifying trouble areas, training managers to take care of staff difficulties, and efficiently allocating jobs. HR has transitioned from its long-standing, process-focused role into a new, strategic role that addresses actual business issues.

Although a few of the above tasks undertake administrative duties that keep the business moving forward, stakeholders frequently see CHROs as to be off in the corner playpen, engrossed with non-essentials. In fact, they see them as a cost center since they do not create money. They also see them as simply an administrative support office that arranges corporate activities—giving them an impression that they are responsible for implementing, not formulating strategy. Rather than turning it into a mutually beneficial affirmation of the immense worth of the CHROs in transforming people into resources, executives failed to present the importance of the human capital and how CHROs can aid in attracting and retaining talent.

How Are CHROs Helping Fill the Blanks?

Harp all you want on the importance of digital transformation and technology of the future; it is the people that help companies make real progress. And that is why the CHRO has become the fulcrum of a company’s growth and has made the CHRO’s seat at the conference table more prominent.

A CHRO’s role within the organization has moved from execution to strategy. The great resignation, ongoing talent crunch, inflation, and radically changing work trends and behaviors have meant that companies have to rely heavily on their CHROs for strategies to attract and maintain talent of the highest quality.

Addressing talent crunch issues is not the only reason  CHROs have new-found prominence in corporate functions. CHROs also have to be in tune with the latest trends in order to attract the best talent.

As Steve Cadigan, LinkedIn’s first ever CHRO, says, “If you have trouble recruiting, you have a creativity problem.”

This does not imply simply coming up with fancy new campaigns and reaching out to tier 2 and tier 3 centers to beef up the numbers. Instead, CHROs will have to focus on employee happiness and motivation within the organization.

It is safe to assume that companies with cultural issues will not be the first choice for many candidates, let alone the best ones. According to Glassdoor, three in four people would only apply for a position if the company’s values match theirs. Therefore, the CHRO has to ensure that the gaps in the company culture are identified, tracked, and plugged.

In a nutshell, the CHRO now has the avenues to create value across the organization. Take the example of Moderna’s CHRO Tracey Franklin. She went beyond the conventional roles of a CHRO and started taking up ownership across various business functions. She spearheaded the movement to grind down company values throughout the employee cycle and that played a huge part in helping Moderna triple its workforce and eventually help the world by producing one of the first COVID vaccines.

Why are CHROs Vital Decision Makers?

The PwC report underlined the importance of hiring and retaining talent in today’s environment; companies are investing the heaviest to ensure they get the best. That pegs the CHRO as one of the most influential leaders in the C-suite.

And it’s not as if there is only a set of problems that need to be addressed. The current corporate climate is leading to increasing disruptions that demand companies be future-ready. For example, the great resignation has now married employee burnout, leaving CHROs with a new company-wide problem to solve on priority. The looming metaverse is another opportunity that could become a threat if not addressed properly. The shift of talent and education centers from conventional hotspots is to be tracked closely.

Getting on top of these changes and anticipating new challenges are imperative for companies in order to make headwinds into the future. And if companies and their talent need to be proactive, the CHROs must play the starring role.

Speak to our experts

Enjoyed reading this? Save it for future reference 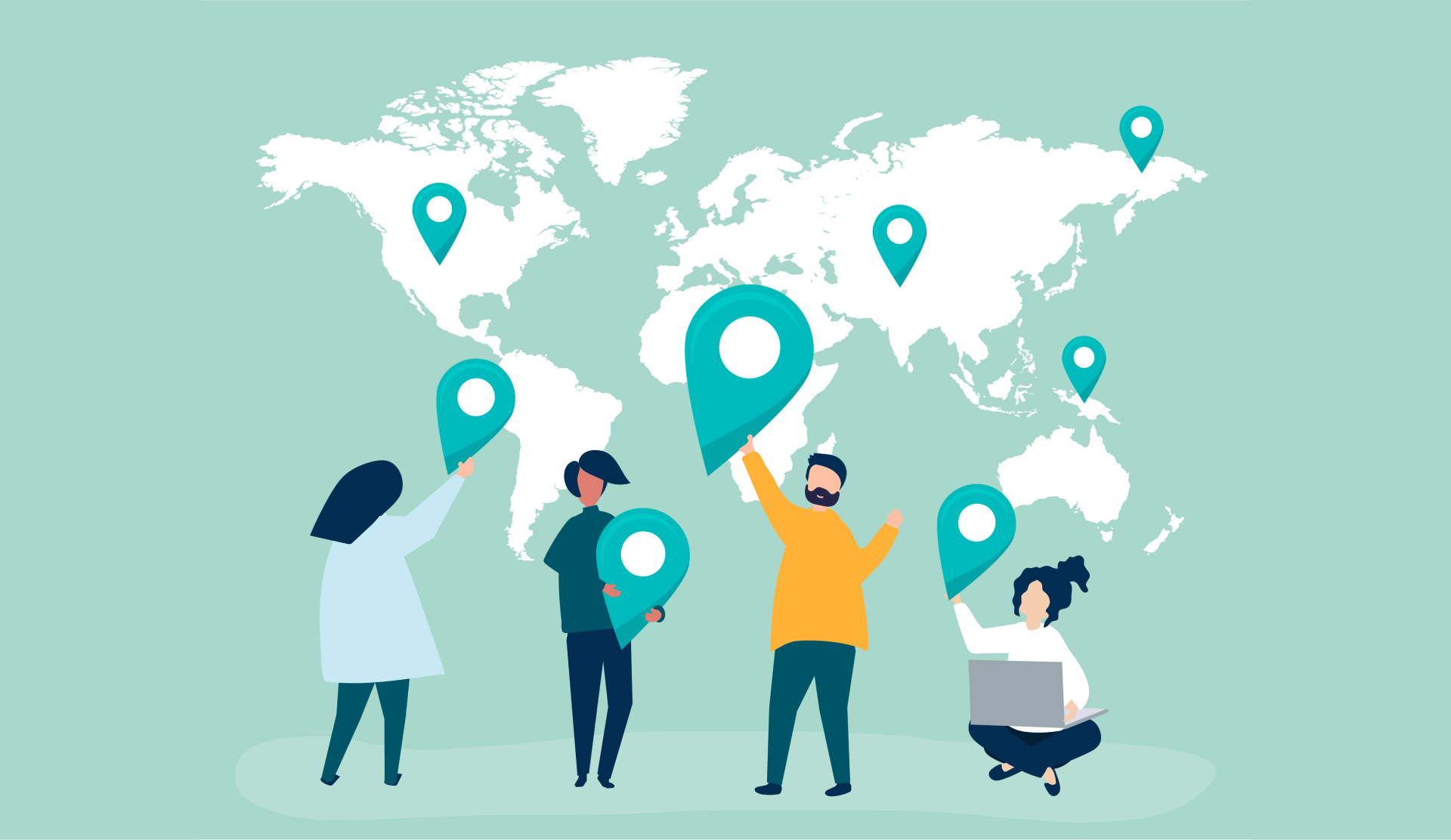 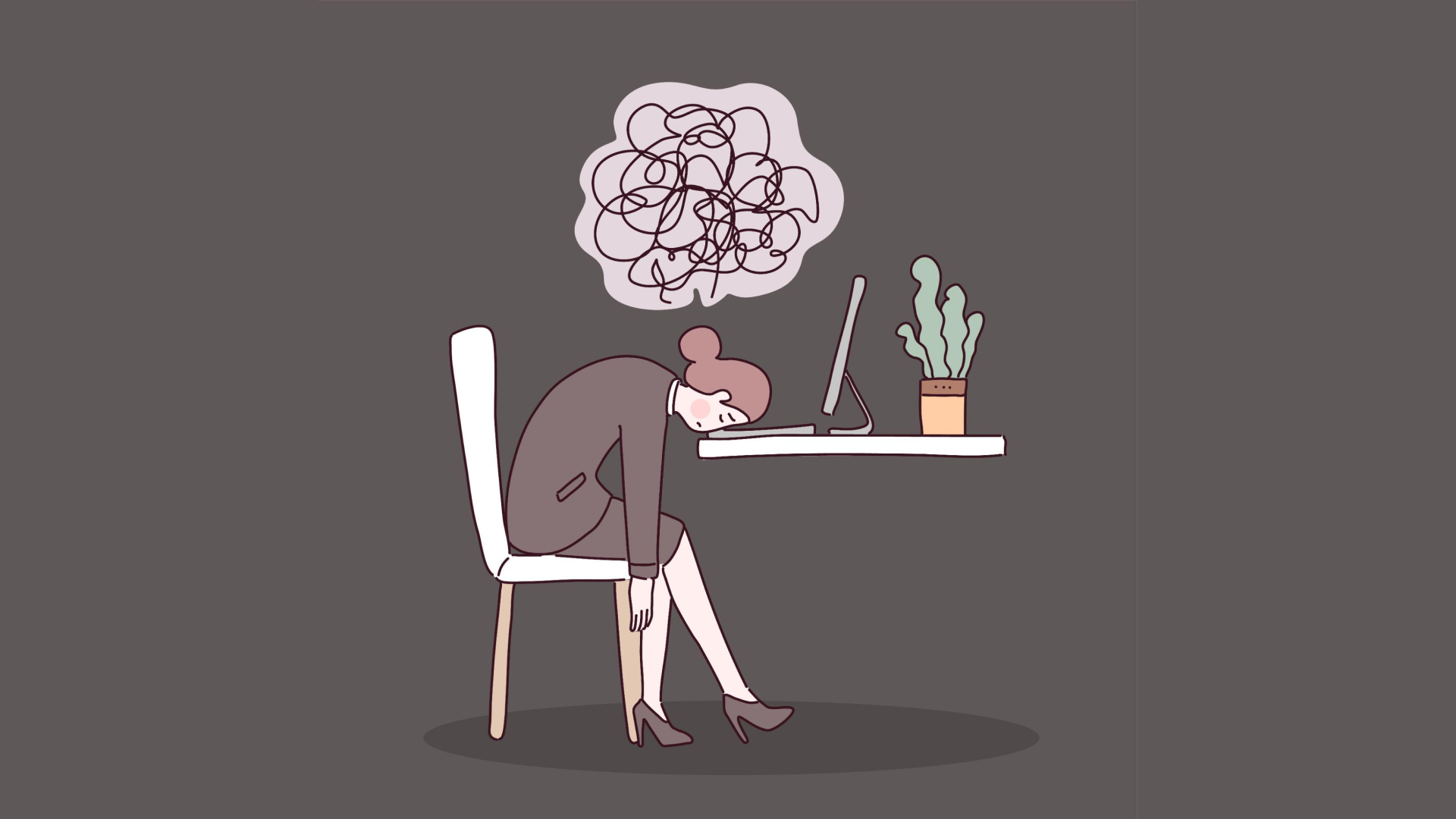 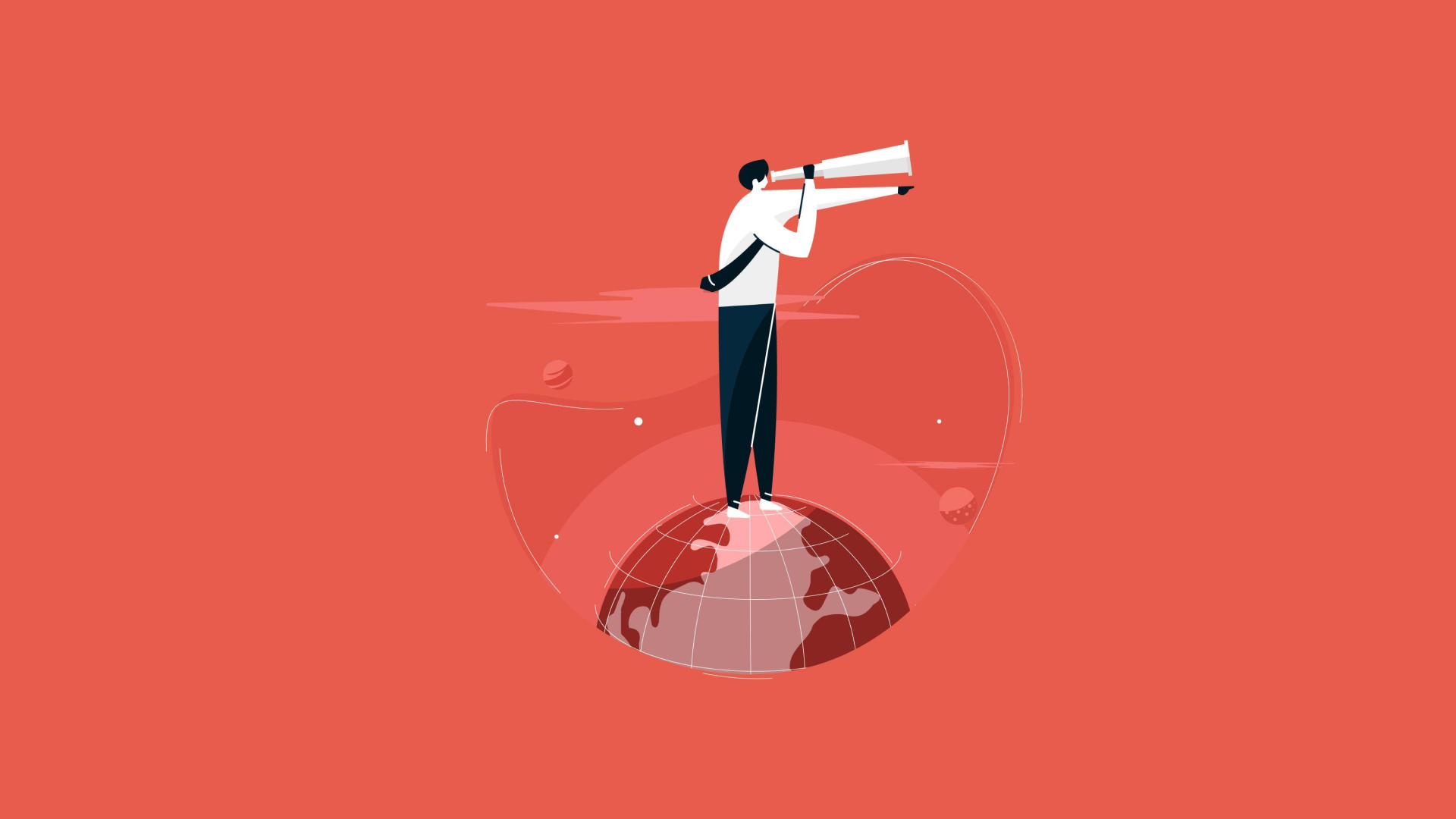