Branch VS Subsidiary: Which Is The Best For Global Expansion? 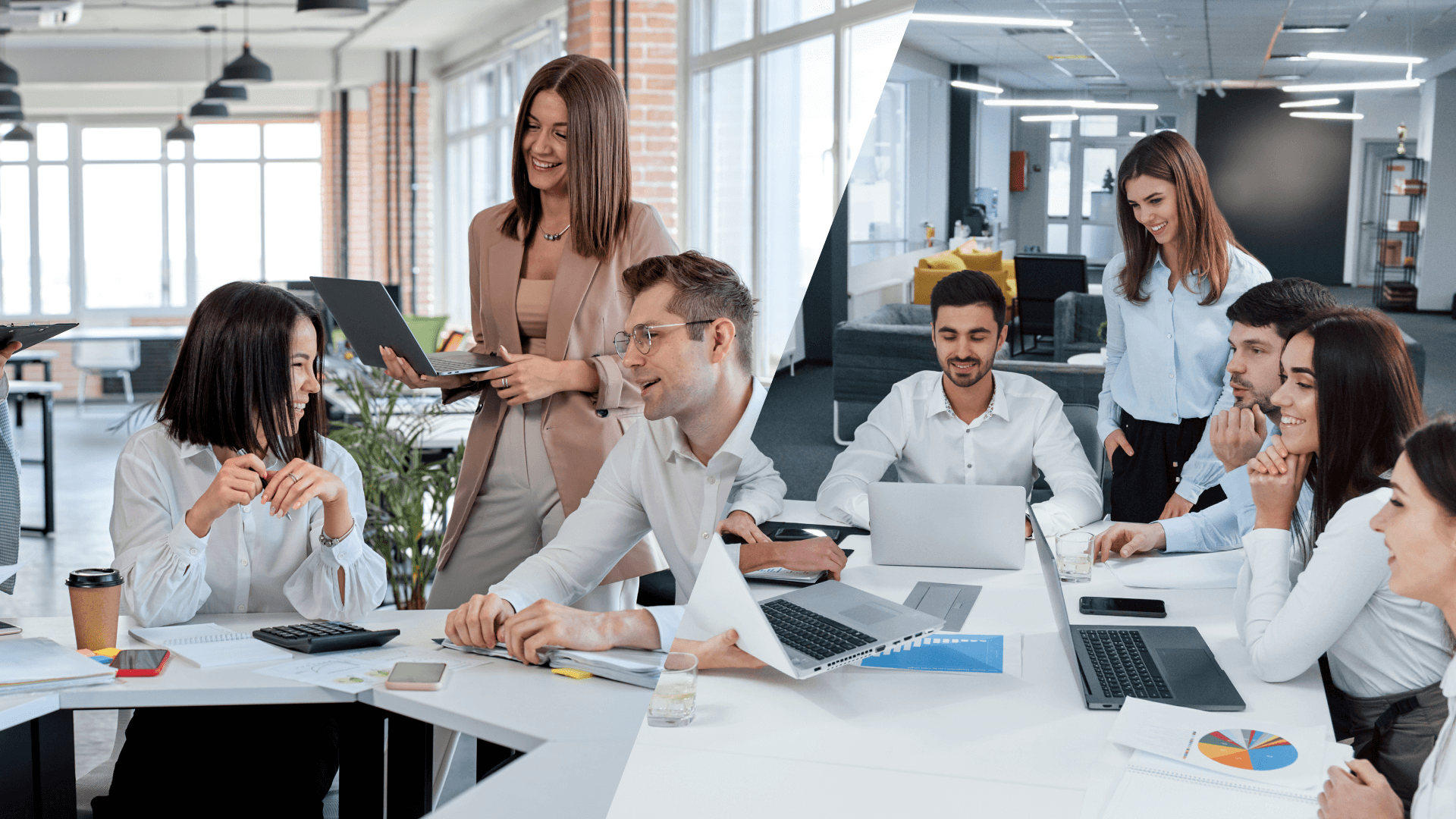 Any company planning to expand its business to a new location often tends to ponder its new business entity's structural and operational aspects. Affiliates, Branches, Mergers & Acquisitions, Representative Offices, Subsidiaries, or even Professional Employer Organizations (PEO) are various mechanisms for businesses to expand their operations and reach.

However, companies specifically look out for opening up a branch vs. a subsidiary to stay legally compliant when expanding into a new jurisdiction or business niche.

In this context, we present this post on the differences between branch and subsidiary and throw light on new-age global employment solutions.

What is a Branch Office?

The most popular method to serve local clients is through a hub and spoke structure. Just like the spokes of a wheel are attached to a single hub in the center, a single home office serves multiple branch offices by carrying out administrative functions.

A branch office is also a representative office with a dedicated branch manager reporting directly to the head office. It usually carries out the same operations performed by the main office. It may also maintain smaller administrative teams such as human resources, marketing, and accounting.

As parent organizations have 100% ownership, branch offices do not enjoy the status of separate legal entities. All liabilities associated with it extend to the parent company.

Example: The Reserve Bank of India. RBI, also known as India’s Central Bank, has its headquarters in Mumbai, Maharashtra. To increase the coverage and expand support, it now has 31 branches all over India, primarily located in capital cities.

What is a Subsidiary?

A subsidiary company is owned and controlled by another business. Usually, the owning business is otherwise referred to as a holding company or the parent company.

Branch VS Company: Opening up a Branch Office or Forming a Subsidiary

The following section discusses the critical difference between branch offices and subsidiaries.

Branch and subsidiaries may have some structural similarities. However, their corporate setup is different. A branch operation carries out the same function as the head office. It acts as an extension of the company operating in a different location. In contrast, subsidiaries are not bound to carry out the same operations as a parent or holding company. It may or may not carry the same functions as a holding or parent company.

In a branch company, parent organizations usually hand the responsibility and instructions to the branch manager. The activities are reported to the branch manager, who reports directly to the head office. However, a subsidiary company is accountable to the holding or parent company.

Reason to set up a branch or subsidiary

Branch office is established to extend business coverage, easy administration, and distribution of goods and services to the customers. It has a headquarters, and branches are set up at different locations doing the same operations. A subsidiary is set up with the sole aim of expanding business. The profits earned through a subsidiary are usually invested in other assets and companies.

A subsidiary is a separate legal entity, unlike a branch company. It generally functions and operates independently, depending upon the ownership stakes. The parent company is liable if a branch company gets into legal matters with customers. However, this is not the case in subsidiary companies.

Due to its legal status, a subsidiary is liable on its own. It can not extend its liabilities to the holding or parent company. It has to maintain its separate finances and maintain its individual accounts. On the other hand, the branch's liability is extended to the company it belongs to. Branch companies have an option to either maintain separate accounts or set up joint accounts.

Companies choose to set up a branch vs. a subsidiary to support many client-specific tasks. The administrative extension enables companies to conduct business closest to local clients and be better informed of the local market needs. By opening a branch company, parent organizations can satisfy customer needs without incorporating an entirely new entity.

It enables quick scaling of operations and in-market presence.

Opening up a branch vs. a subsidiary also ensures additional benefits to the parent company like

A greater level of control by the parent company

The parent company is allowed to control the day-to-day functioning of its branches overseas as it has 100% ownership of the branch company.

The branch office is cheaper to open

Opening up a branch office requires no share capital requirements and less compliance cost, and thus more affordable to open.

Subsidiaries may not be recognized in some countries, but a branch office is widely recognized as it is not a separate entity.

Considering branch vs. subsidiary taxation, the branch office offers a better choice due to the double tax treaties signed by almost all countries.

Opening a branch or legal entity like a subsidiary also has challenges and issues. The expansion for business purposes is often limited by corporate decisions or the target market’s legal and labor law requirements. Let’s list the most significant problems with opening a branch in any foreign country.

Companies can form subsidiaries over branch offices if they have the time & resources to conduct a new market feasibility study.

Global companies often directly explore the market potential through a branch office. Upon positive results, companies incorporate a subsidiary in a foreign country. Since subsidiaries require 50% or more stake ownership, it becomes relatively cheaper for the parent organization to establish a subsidiary.

For instance, you can explore the benefits of opening a public or a private limited subsidiary company in the UK or forming an LLC in Dubai. Many US-based companies catering to the European market choose Ireland for easy compliance. Many also take advantage of free trade zones in the UAE to cater to the growing African market.

The subsidiary can be delinked effectively from the parent company. It allows the parent to venture into new business niches without any liability yet effectively control profits and revenue!

Forming a subsidiary vs. branch office also ensures additional benefits to the parent company like:

Setting up a local legal entity increases the market perception of your brand.

The flexibility of investment

The parent company can invest depending on risks associated with the new market location or the business niche. Local market borrowings can entirely reduce financial dependency.

Choosing a subsidiary for foreign expansion may seem a favorable choice between a branch and subsidiary. However, it has the inherent risk of being a separate legal entity. Forming a subsidiary in the desired jurisdiction can be complex and expensive.

The significant cons of forming a subsidiary are discussed below.

Regulatory and cultural challenges in a foreign country

Freedom From Setting up Various Business Entities for Expansion

A subsidiary seems to be more flexible than the branch, scoring big in the branch vs. subsidiary battle, primarily revolving around the following aspects-

But if you carefully notice the difference between branch office and subsidiary, one common issue emerges - the issue of hiring & employing local talent.

Fortunately, innovative solutions are available for businesses to expand their operations even without setting up a branch or subsidiary.

Say, a global Employer of Record (EOR) solution enables your company to compliantly employ talent on your behalf and manage all payroll, benefits, risk mitigation, and compliance. At the same time, you maintain day-to-day control of your supported employees.

The significant benefit of an EOR over a branch vs. company legal entity is that -

Multiplier is the Leading Choice for Global Business Expansion

Companies wanting to own real estate or a prominent legal presence often need to open a branch office or foreign subsidiary to remain compliant.

For everything else, global employment solutions like Multiplier can simplify your business expansion. Multiplier provides comprehensive SaaS-based solutions to take care of your global teams’ payroll, taxes, social contributions & local insurance policies in over 150+ countries. Our team of experts will help your company expand internationally by bypassing the setting up of an entirely new business entity when entering global markets.

We are trusted by industry leaders like Amazon, Control Risks, Stahl, and Graphisoft. You, too, can benefit from our seamless end-to-end global payroll and compliance solutions.

Speak to our experts

Enjoyed reading this? Save it for future reference 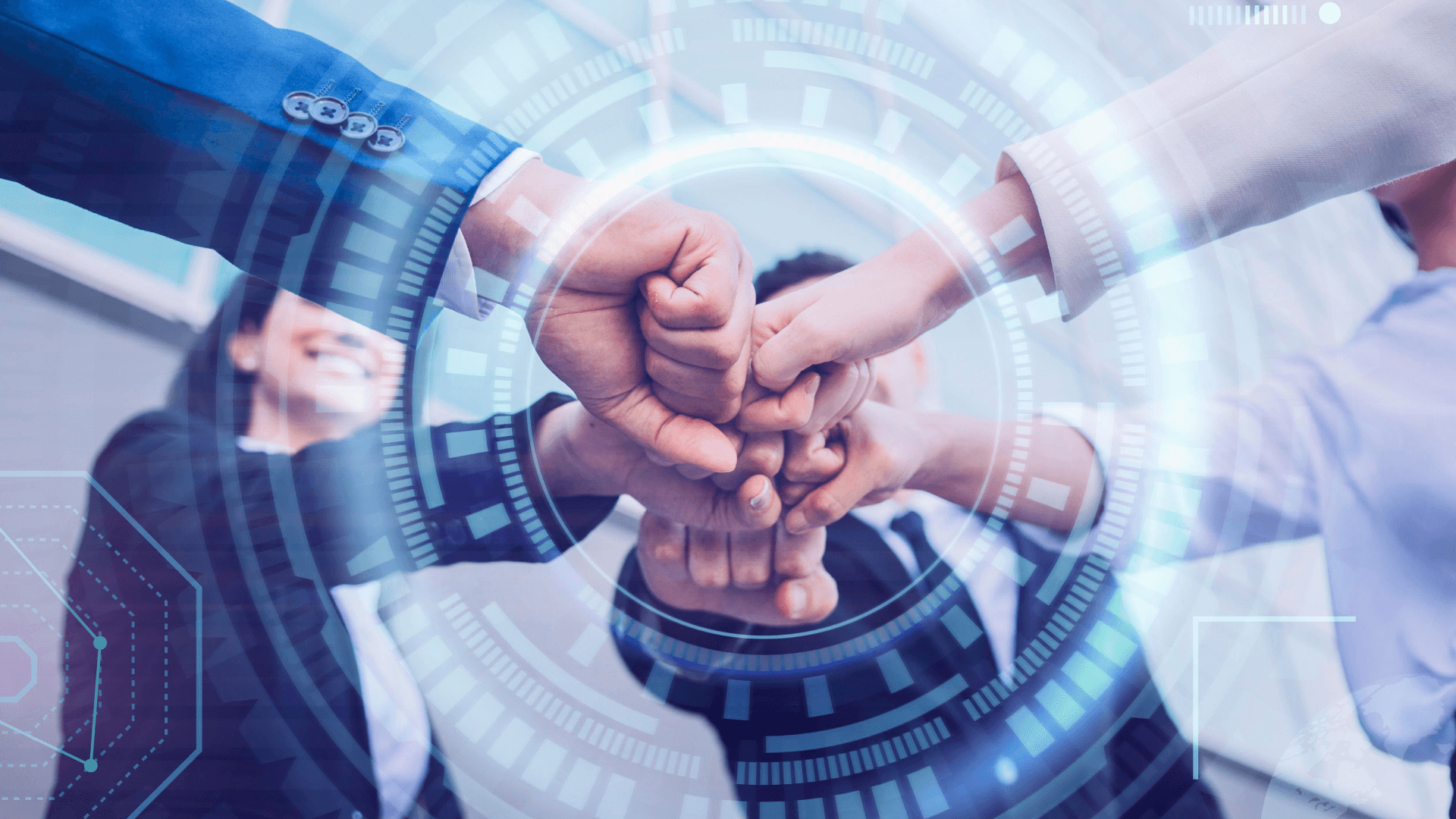 The Advantages and Disadvantages Of Foreign Subsidiary For Global Expansion 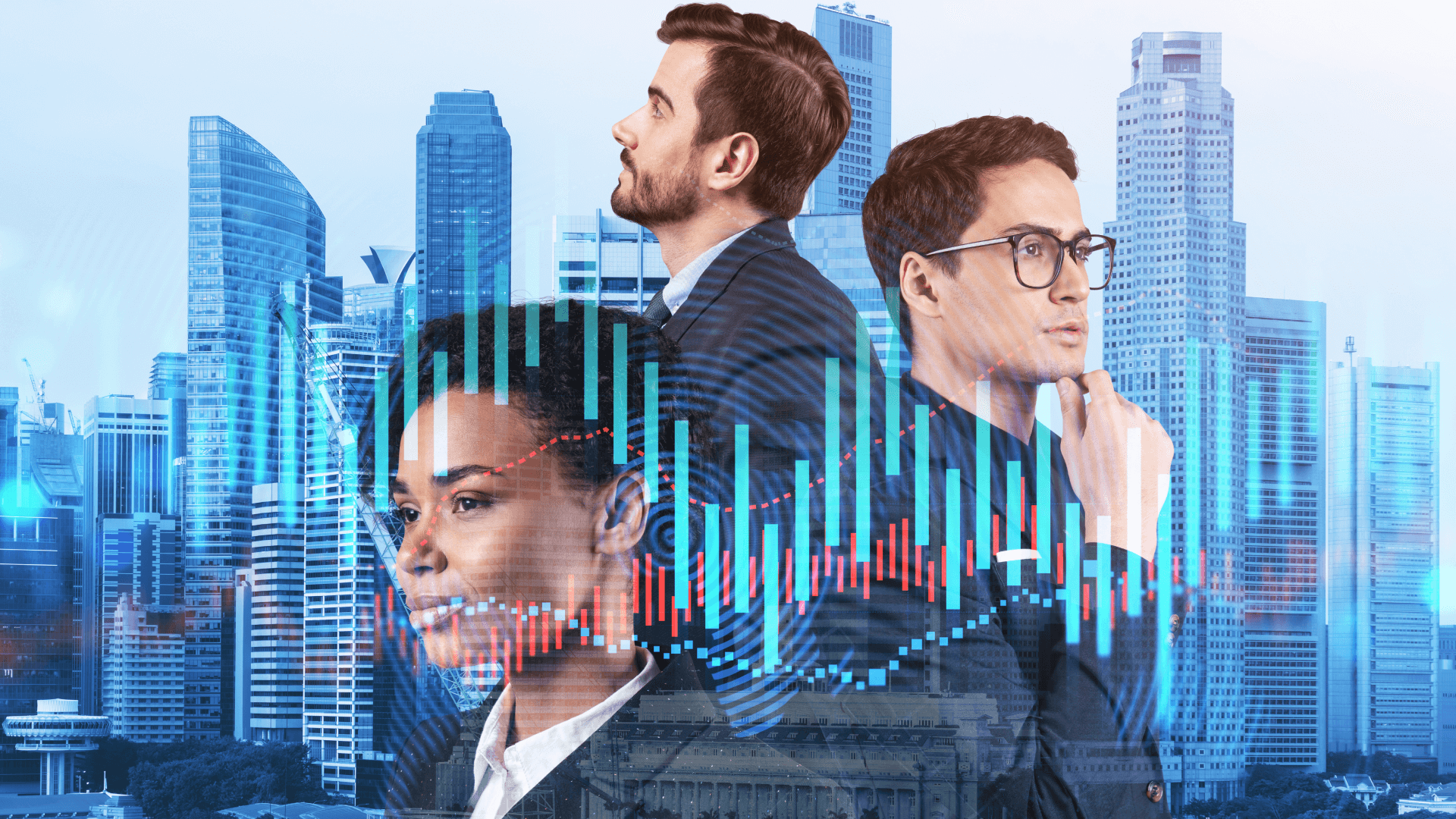 The Risks Of Permanent Establishment: A Detailed Guide 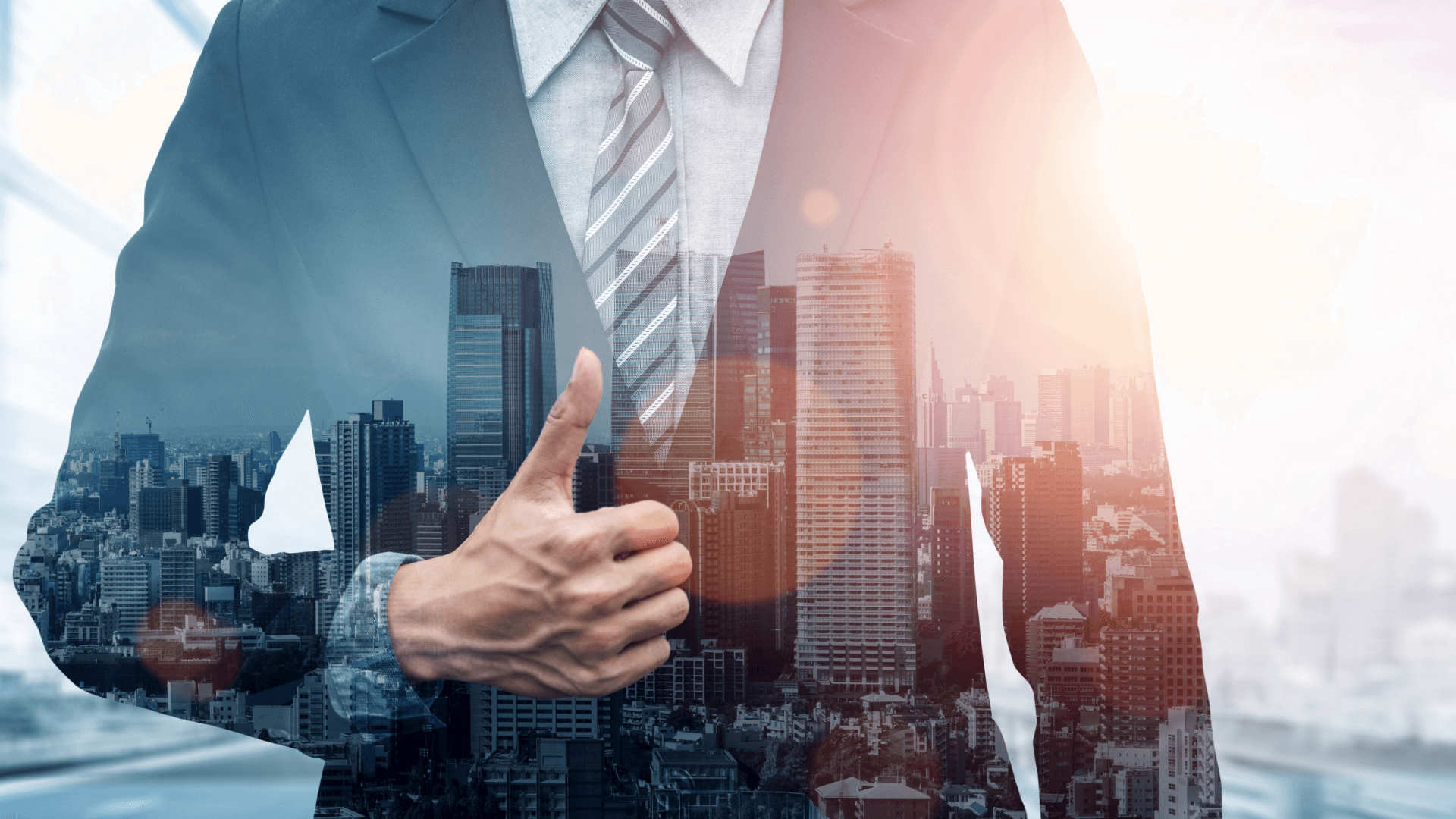 An Updated Guide On How To Form A Subsidiary